Would You Eat These? 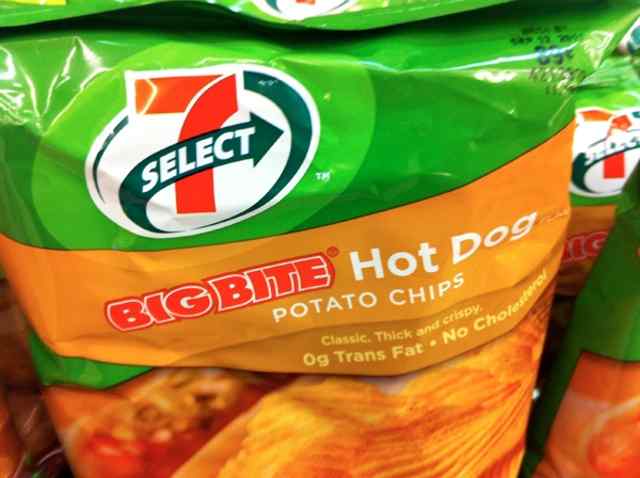 There are a fair amount of 7-Eleven stores around New York City (let’s say… 26? Who’s counting? No one.), which means there’s a fair amount of stores that will sell you Hot Dog Flavored Potato Chips. That’s correct, fellow American, the franchise has just introduced their latest product, which got its flavor inspiration from 7-Eleven’s own Big Bite hot dog. There are also ketchup, mustard and relish spiced chips, according to Laughing Squid—so in theory, you could mix all of these up for what one Gothamist staffer called “a symphony in my mouth.”

While we can’t seem to track down the ingredients (specifically if they include mechanically separated processed meats), there seems to be a whopping 400 calories in just 22 chips!

At press time, the chip has 13 too many friends on Facebook. And out of eight people polled in the office, only two brave souls said they would try them, one declaring, “Hell yeah. They go well with the shrimp-flavor chips in Asian groceries.” But do they really, Jamie?