What Would You Sell a Baby For? 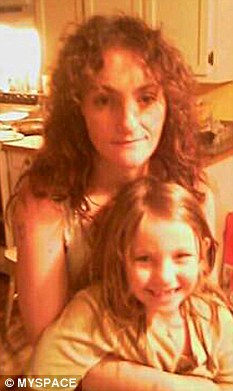 Heidi Lynn Knowles tried to sell her newborn for $500 in Taco Bell.

A mother walks into a Taco Bell…and what does she do? No, she doesn’t order a Beefy 5 Layer Burrito. She peddles her three-day old to a customer. Some people just shouldn’t have children.

Heidi Lynn Knowles, 36, of Vancouver, Wash., reportedly stumbled into the restaurant and started taking bids from customers for her newborn son. The asking price ranged from $500 to $5,000. The cops were later called and showed up at a motel where Knowles was crashed. She was charged with attempted child selling-buying, a Class C felony, and was held on $50,000 bail.

Some customers reported that Knowles seemed drunk or high at the Taco Bell, but in court she claimed to have been clean from methamphetamine for a year. She also said that she was trying to sell her baby so she’d have more money to leave town and start a new life.

A friend, who showed up at the hearing to support Knowles, told reporters that the new mother might be struggling with postpartum depression, according to the Seattle Times.

Knowles has a criminal history that includes drug-possession and domestic-violence assault charges.

This story breaks my heart. This child deserves better. This mother needs help.