To Drain or Not To Drain?

Oregon’s Portland Water Bureau is draining an 8 million-gallon reservoir after surveillance cameras caught a man urinating into it this week. 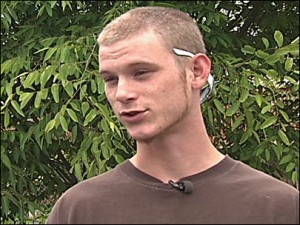 Is that worth it when the urine involved is really a drop in the bucket?

Scientifically, no, said Dave Stone, an assistant professor of toxicology at Oregon State University, who spoke to The Oregonian newspaper about the, er, leak.

“How many animals are doing that or birds?” Stone asked. “I don’t want to second-guess the city, but I can’t think of anything chemically that would have me be concerned.”

A healthy bladder holds up to 16 ounces of urine, according to the National Institutes of Health.

“There are people who will say it’s an overreaction,” he said. “I don’t think so. I think just dealing with the ‘yuck factor,’ I can imagine how many people would be saying, ‘I made orange juice with that water this morning. That’s not what I want to hear.’ ”

Sgt. Pete Simpson of the Portland Police Bureau told KGW the whole mess didn’t have to be.

“It’s really an unfortunate incident that probably could have been avoided had he chosen a bush,” Simpson said.

Shampoohorns Well, if you ever wanted to pee in that reservoir, I say now go for it!

Ricky Get a water filter.

cdogg I made lemonade with that water this morning and it tasted fine!

Morris Is that why people from Portland have such white healthy teeth?

backstroke in other news, at least 300 ounces of urine has been deposited into the reservoir prior to the installation of cameras